Language constructs the world, and today we know audiovisual language is essential, that is why women have to define a good part of its history.

On Sunday 2 April we present a special event with the screening of Visóns for first time in Scotland. The film will be followed by panel debate with some of Edinburgh’s strongest female talent in the film industry to discuss some of the barriers (and solutions) surrounding their careers.

Admission is FREE. Donations will be given to Engender Scotland. Given this is a UK premiere followed by a panel debate we stongly encourage donations over £5.

We will also present two relevant projects supporting women filmmakers, Cinema e Muller for first time in Scotland and Scottish Film Talent Network’s initiative FIVE@5 for Women, as well as give the opportunity to these filmmakers to introduce their work to new audiences. Similar projects supporting female filmmakers from Galicia (Cinema e Muller) and Scotland (FIVE@5) through the production of their short films.

Visións is a collaborative film on gender issues, made by 10 Galician women filmmakers within the framework of the “Cinema e Muller” – WOMEN AND FILM- project from the Provincial Council of Pontevedra. The creators received the proposal to make a micro-short in two months; the result is a “short-film feature” woven with the inevitable influence of them all.

We want to take this opportunity to spend a Sunday afternoon discussing the visibility of women in the film industry.

Icíar Bollaín. Director, actress, scriptwriter and producer, Iciar Bollaín is one of the liveliest of contemporary young Spanish filmmakers and the first female director to have had a film (También la lluvia, 2010) shortlisted by the American Film Academy. Iciar is living history of Spanish contemporary cinema. An outstanding film-maker and activist she has addressed some of the more vibrant of contemporary themes: female friendship immigration, domestic violence and socio-economic exploitation.

Lou McLoughlan. Cinematographer and director. After winning a Grierson award, and two BAFTAs for ‘Caring for Calum’, she is presently working on the recovery of the two main characters in that film, for a feature length documentary, called “Sixteen Years ’til Summer”. We’re pleased to have Lou with us as she is one of the filmmakers selected as part of the Scottish Film Talent Network initiative FIVE@5 for Women.

Leslie Hills is a director of Skyline Productions. Leslie Hills has been a producer since the mid-eighties when she left education. With Skyline she has produced drama, documentaries and live outside broadcasts, acted as executive producer to international productions and has provided consultancy and research to feature films. Leslie also works as script-editor, assessor, doctor and developer and has worked with the UK Film Council, Scottish Screen, Northern Ireland Screen Commission. She was founding Chair of the Centre for the Moving Image and chair for some years of Edinburgh Filmhouse and the Edinburgh International Film Festival.

Beli Martínez is the producer of some of the most acclaimed works of the so called Novo Cinema Galego movement. We are pleased to have her as guest to talk about the state of Galician cinema and the role of women on this new wave of talent coming up from Northwest Spain. Beli helped many of those projects when they were in development stage to became critically acclaimed films later. Having her as a guest is a deep honour and we’d love to take the opportunity to present the project Visions for first time in Edinburgh and speak about the role of women in the industry today.

We aim to reach emerging filmmakers, individuals and wider public with a very much needed event discussing the important role of women presence both in the creative process of filmmaking and in film industry today.

THIS EVENT IS PART OF A WEEK OF ACTIVITIES CELEBRATING GALICIAN CULTURE.
For more info visit http://cinemaattic.com/event/cinemaattic-presents-novo-cinema-galego/ 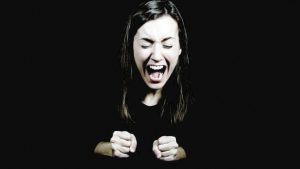 For any information about this event please contact us info@cinemaattic.com